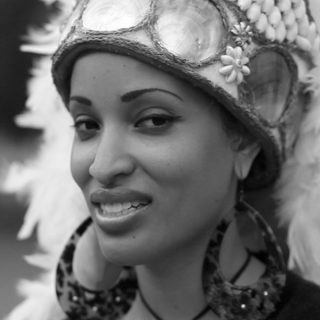 Queen Muhammad Ali (Queen Melé Le’iato Tuiasosopo Muhammad Ali) is an award winning film Director, Television Producer, and Visual Anthropologist. Queen’s Great Grandfather and later her Great uncle both served the people of American Samoa as Paramount Chiefs (Kings). In continuing the tradition of serving the Island, Ali is an advocate for revitalizing the knowledge of indigenous foods and ancient Samoan pharmacopeia to combat diabetes and obesity.

Ali’s film #Bars4Justice starring Common and Talib Kweli, screened twice at the prestigious Museum of Modern Art (MoMA), Glasgow Scotland, Beijing China, and Tiapapata Art center in Apia, Samoa. Recognized internationally for her research on the negative images and stereotypes of original people, she has been requested to lend her expertise to universities and organizations across the globe.

Queen was also one of the organizers and a speaker at the highly publicized indigenous peoples march that occurred on January 18, 2019

in 2021 Queen completed direction and production on her first feature film “Comin’ Up Short” Executive Produced by Ice Cube. The sound re-recording was mixed at Celtic Studios in Baton Rouge, LA.